Given the setting of much of I Let You Go, it was lovely to spend a couple of days visiting book shops in south west Wales at the weekend. I took the train from London, having spent the previous evening at the brilliant Crime in the Court, hosted by Goldsboro Books, and fell in love with Cardiff the moment I arrived.
A few days previously I had received a tweet from Kathryn Eastman, a long-time Twitter friend, suggesting we grab a coffee before my midday event, and it was lovely to be met from the train and shown around one of the beautiful Victorian arcades in central Cardiff. Kathryn made sure I arrived on time to Waterstones, where I was terribly excited to see I Let You Go at number two in their charts. 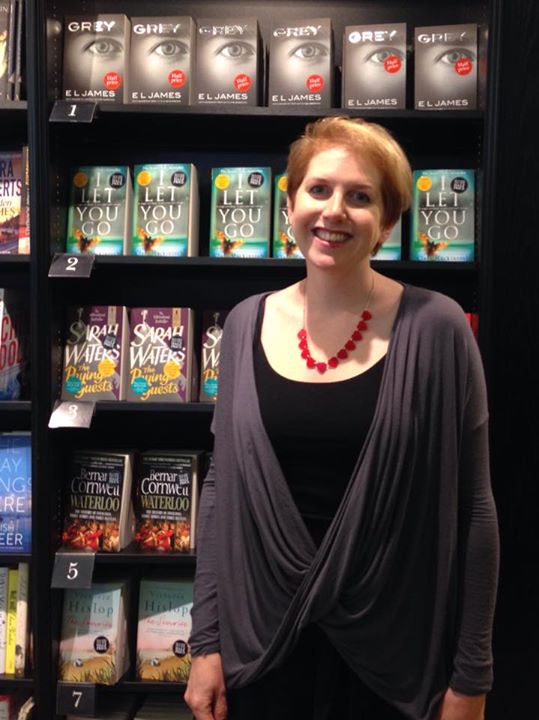 I signed lots of stock, chatted about books with customers, and almost fell off my chair when in walked some old friends who had moved away from Chipping Norton and were now living in Wales. An hour passed far too quickly, and I nipped off for lunch with a friend I had met online many years ago when we were both going through IVF. We spent an hour catching up, drinking wine and laughing in a most unladylike manner.
My next stop was Penarth, a small town just outside of Cardiff, where I gave a little talk to a group of customers in Griffin Books. Mel’s bookshop is just lovely, and I really enjoyed chatting to her and to Eloise (whose name I spelt wrongly in her copy of I Let You Go and she was too polite to tell me). 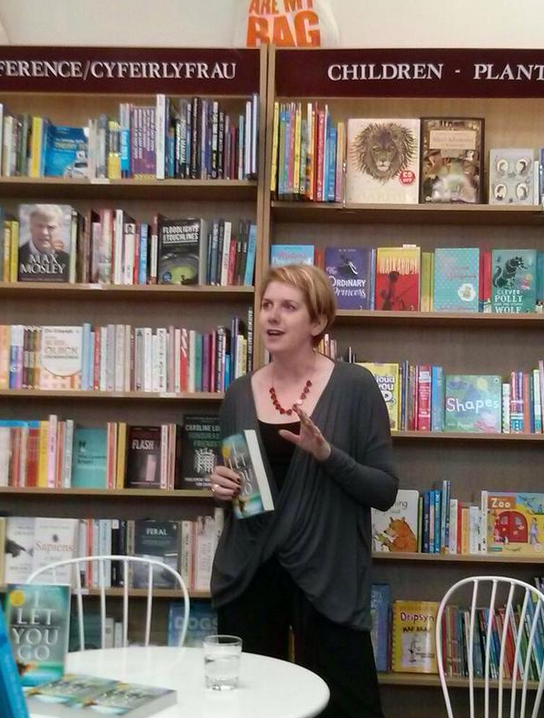 I was spending the night in Cardiff, but left my lodgings for supper with yet another old friend; someone I hadn’t seen for around 20 years. He is married to the brilliantly funny blogger Mrs Helicopter, and we had a fantastic evening.
The following day I headed for Swansea, where the grey skies were rather ominous, but my Waterstones audience far warmer. The store is located in an old cinema, with a stunning mezzanine cafe in which I gave my talk. There I met some fascinating people, including several other writers.
My final destination was Mumbles, and with time to kill I hopped on a bus and enjoyed the meandering journey from Swansea. Fish and chips on the beach, and a glass of Pimms on a sunny verandah, and I was ready for a book signing at the lovely Cover to Cover bookshop.
I had a fantastic couple of days and loved meeting such enthusiastic booksellers and readers. It’s by far the best part of being an author, but it does rather eat into one’s writing time… I had good intentions of working on the train, but managed just a fraction of what I had planned. I have the week at home now, before next week’s trip to Ways with Words festival in Dartington (I’ll be in conversation with Elizabeth Haynes), and then Harrogate Crime Writing Festival , so it’s back to the grindstone to get book two finished by the end of the month. Wish me luck… 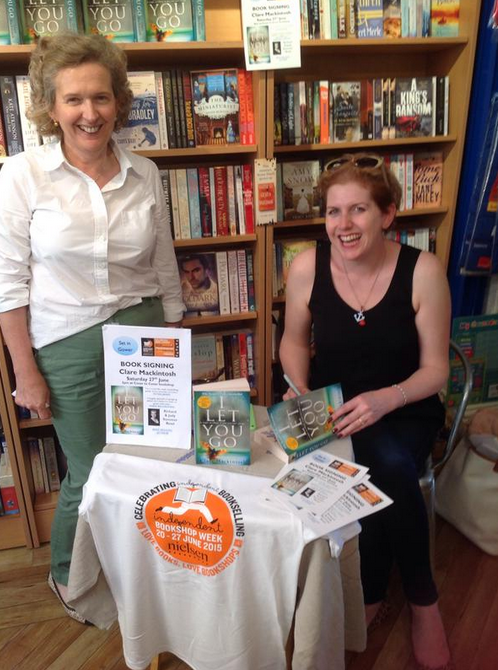