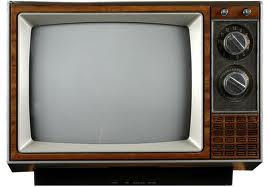 I hate television with a passion rivalled only by my views on the Daily Mail. Were it not for my husband, who would suffer delirium tremens a mere hour or two after the withdrawal of sports coverage, I would gladly rid the house of them.
Television absorbs one’s attention in a way radio, books and other activities rarely do. If the children are crafting or listening to an audio-book when I call, they will respond immediately. If they are mid-way through some vacuous animation I will need to march to the playroom and leap up and down in their line of sight to have any hope of being heard.
If the children watch a film they will flop listlessly on the sofa, staring at the screen and occasionally bickering about whose arm is touching whose. You might imagine that, after ninety minutes of such undemanding relaxation, they will leap into action once the credits roll, but instead they are left soporific and petulant, with no appetite to do anything other than watch more TV. I used to use the DVD player for their story CDs, but stopped when I realised the kids would sit, staring at the blank screen as though hypnotised. When the CD player is used, they dress up, act out the story, or pause it to talk about what might happen next.
Television provides the background noise in homes up and down the country, as families wander in and out of the room, barely noticing what is on, yet seemingly unable to live without the white noise of docu-soaps, panel shows, and countless, brain-washing adverts. Parents put CBeebies on at 7am and don’t touch the telly till bed-time hour has finished, when they switch it over to catch Eastenders; Corrie; Big Brother; My Big Fat Gypsy Greek Made In Essex Wedding. Trash, trash and still more trash.
Sure, there are some great programmes being made, and some classic films worth watching. There are amazing documentaries about the world in which we live; about history, nature, politics and more. There are children’s shows which teach them language, numbers, creativity… and for all those reasons (and for my husband’s incurable addiction to round-the-clock cricket) I will not ditch the TV.
But I fight it daily. It never goes on in the morning before school, and I won’t default to the Aunty-Television-babysitter when they come home. There are constant cries of ‘can we watch television?’: Daddy says yes; Mummy says no. On and on and on we go.  A recent survey found that two-thirds of UK five-year-olds (from a 11,000 research pool) watch between one and three hours of television every day, and that 15% watch more than three hours each day. Although it varies from week to week, I would imagine my children watch an hour of television every other day, perhaps a little more if they catch a film. Assuming the survey is representative of British society at large, that’s below average, but it’s still four or five hours a week, and I can’t help but feel they are hours lost.
Tell me what the appeal of television is for you. It’s okay, I’ll wait until your programme has finished…