As the whole world is settling into lockdowns and social distancing, I couldn’t help but wonder how some of my favourite fictional characters are handling the Coronavirus crisis. Would they obey social distancing rules, or dismiss it as an overreaction? Help others, or stockpile loo roll? Who better to ask, than the authors themselves…

How fictional characters are handling the Coronavirus crisis 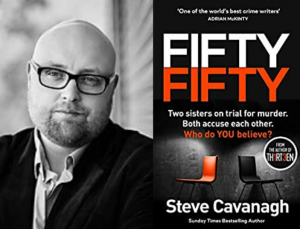 Eddie Flynn is worried about Harry Ford. He’s getting on in years so Eddie has moved in with a crate of scotch, a box of dime paperbacks and a deck of cards. They’ll get merrily drunk and wait til the whole thing blows over.

Fifty Fifty, published by Orion, is out in July. 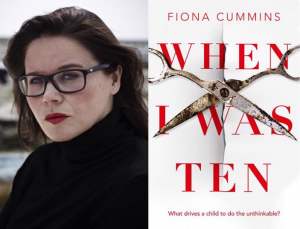 When I Was Ten, published by Pan Macmillan, is out in August. 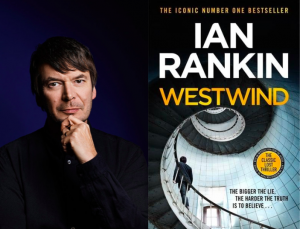 Rebus has stocked up on booze. He has plenty of music and books to sustain him, and has bought dog food for his dog Brillo. He’s allowed to take him for walks. He likes the town quiet but worries a lot of his favourite bars and takeaways may not survive. He has COPD so needs to be cautious. Caution does not come naturally to him.

Westwind, published by Orion, is out now. 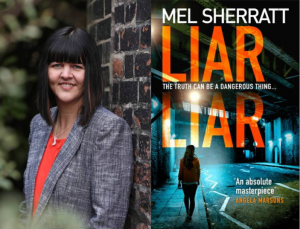 DS Grace Allendale is spending lockdown feeling extremely vulnerable, but equally she’s someone very willing to help as she’s on the front line as a cop. If, sadly, she has to go into self-isolation, she will spend her time catching up on her reading, watching trashy TV and chick-flicks such as Bridget Jones’s Diary for some feel-good factor and light relief from the news.

Liar Liar, published by Harper Collins, is out now. 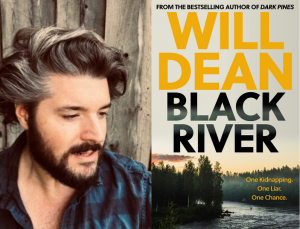 Tuva Moodyson is a tenacious journalist who lives for investigating small-town mysteries. She isn’t enjoying social distancing (except in relation to Nils, her irritating colleague at the Gavrik Posten newspaper). If Tuva manages to qualifies as a key worker she’s eager to continue fighting for the victims of crime, and keeping locals well-informed (Gavrik town is like a nightmarish Swedish version of Twin Peaks). Tuva’s not known for her home-cooking so as long as she has takeaways, wine gums and her PlayStation for days off – I think she’ll thrive.

Black River, published by Oneworld, is out now. 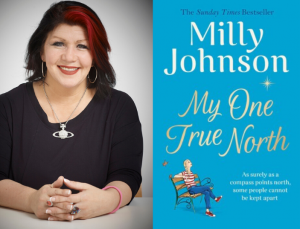 Editor Alan Robertson is carrying on as best he can, taking the chance to make the Daily Trumpet a serious carrier of news and information in this period instead of the newspaper being the laughing stock of the journalistic world. He barks at people to keep their distance from each other whilst worrying himself stupid that his workforce are safe. The owner of the newspaper, Sir Basil Stamper, has retrenched to his mansion and Alan has sole responsibility of trying to keep the business afloat and his workers obeying the safety rules, all without the fortification of his usual choice selection of biscuits. Roughing it with custard creams is not helping his mood. He’s barely sleeping and gets bugger all thanks for his efforts, but still he is doing his level best and enjoying that the Daily Trumpet is, for once, the paper he really wants to be in charge of.

My One True North, published by Simon & Schuster, is out now 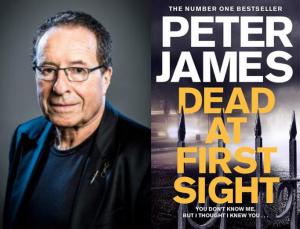 Roy Grace sees one positive in being at home in lockdown, as it enables him to spend time trying to bond with his 11-year old son, Bruno, who has been displaying worryingly antisocial behaviour at home and school. His headmaster recently told Roy and Cleo that when asked what he wanted to do when he left school, Bruno had replied he wanted to be a dictator.  Being a highly methodical and organised person Roy has prepared their home well, with plenty of food and general supplies including lots of loo rolls!  But his mate Glenn Branson, who is always chaotic, is constantly on the phone, asking if Roy can spare him some frozen pasta, cans of chopped tomatoes – and of course loo rolls.  Roy, pleasantly and amused, has to keep reminding Glenn he is not a sodding corner shop!  He goes out running daily across the fields with their dog, Humphrey and uses the rest of the day time to prep on cases he has coming up for trial.  In the evenings he is doing a task he has meant to get round to for years – cataloging his extensive vinyl collection, and picking out a different record every evening to listen to with a drink. Today it is Dark Side of the Moon by Pink Floyd, which he enjoys with a a stiff, ice-cold vodka martini, before settling down with Cleo, who is also on lockdown this week, to catch up on one of the dozens of boxed sets they have been meaning to watch for ages.  But not police dramas – they’re too much like work.  And besides he always reckons he is a lot smarter than the detective on the screen – and usually is….
Dead at First Sight, published by Pan Macmillan, is out now.

My thanks to all the authors above for sharing – with such creativity and humour – how their fictional characters are handling lockdown and social distancing.

As for my own fictional characters, Murray (Let Me Lie) is running the local Covid-19 Mutual Aid scheme (although struggling to get to grips with WhatsApp); Pip and Max (After the End) are on lockdown, having had enough of hospitals to last a lifetime; Jenna (I Let You Go) thinks there are worse people to self-isolate with than Patrick; and a certain someone from I See You is having to diversify now there are fewer commuters around to stalk…

So that’s how fictional characters are handling the Coronavirus crisis – but how are you handling it? If you’re looking for reading recommendations to make the most of your time indoors, my Facebook book club is packed with suggestions and friendly conversation. We’re currently reading The Doll Factory, by Elizabeth Macneal, with discussions starting on 20th April. I’d love to see you there.