There is a scene in After the End where Pip and Max meet at a bench, on the hill overlooking a play park where they brought Dylan when he was a toddler. Surrounding the bench are masses of yellow flowers. I won’t spoil the story by explaining why they are there, but it’s a peaceful, beautiful place, and a pivotal scene in the novel.

A few months ago I attended a business group in my home town of Bala, North Wales. They were planning the forthcoming ‘Bala in Bloom’, where high street shops decorate the front of their premises with floral displays. ‘What a shame,’ someone said, ‘about the raised bed outside the gallery.’ The bed was full of weeds, and had no one to look after it.

‘I’ll sort it,’ I said, before I knew what I was saying. ‘I’ll make it look lovely.’ On my way home, I looked at the bed. It was in a sorry state, but right in the centre grew a sturdy tree. I thought of the tree on the UK cover of After the End, and I had an idea… 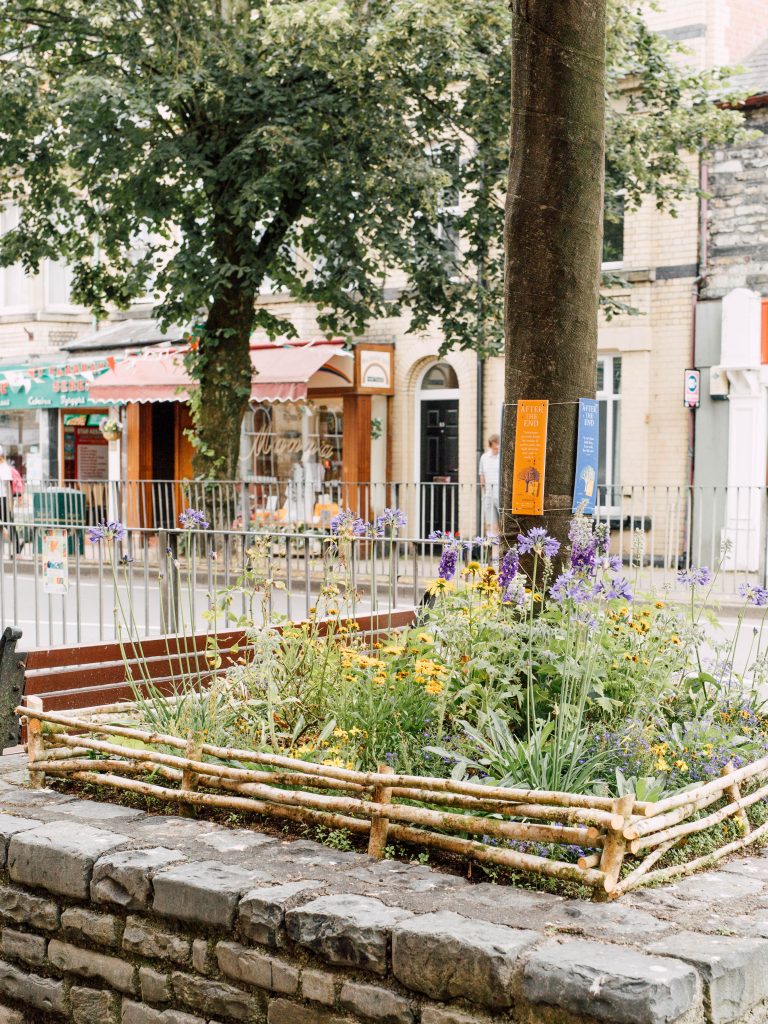 I enlisted the help of my friend Vikki Mill, who is slowly helping me to transform my own garden, and whose approach to eco-friendly living is truly inspiring. Vikki designed a beautiful raised bed to reflect the themes in After the End, and I asked her to write a few words about her process.

Now the bed is finished, I wander down the high street with my watering can from time to time (this is North Wales – we do alright for rain…) and pick out the weeds on my way to the post office. The flower bed lifts my heart every time I see it, and I hope it does the same for visitors to the town. 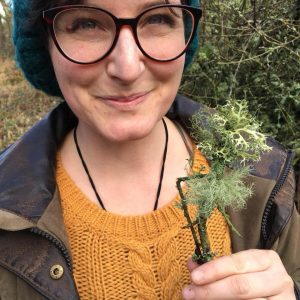 My brief was to come up with a planting design which reflected the two different paths in Clare new book, After the End.

The UK cover of the novel uses two strong colours, blue and yellow, to represent the two different narratives told by Max and Pip, so this was one of my starting points. 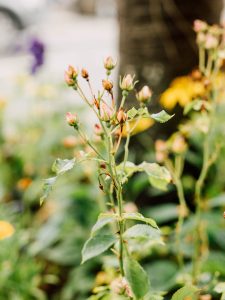 Clare also wanted a plant to symbolise the central child character, Dylan; and instantly a small white rose came to mind. The white rose symbolises the child’s innocence and purity. Because of him, the two parents are torn in two very different directions, yet he is also the glue that holds them together. It seems fitting that the thorns of this lovely plant can thwart even the gentlest of touches. In this photo, the rose is yet to bloom – poignantly fitting for Dylan’s own story.

I had initially thought of having one side of the 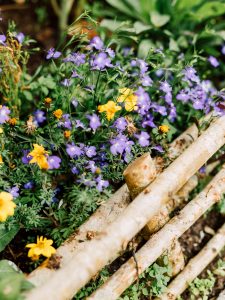 raised bed blue & the other side yellow to show the divide between Max and Pip, but because the two stories are so inextricably linked I wanted both the blue flowers and yellow to be mixed together too. Thus, Dylan’s rose is surrounded by his parents’ plants.

Tall blue delphiniums & borage compete with the tall yellow cone flowers of rudbeckia and echinacea. Yellow symbolises emotional fragility but also strength, and I love the large flowers at the top of the tall thin stems of the rudbeckia. These are mixed with blue agapanthus, yellow coreopsis, blue lobelia, yellow evening primrose & blue forget me nots – all fighting for your attention. Blue symbolises peacefulness and rigidity; qualities attributed to the rigid tall stems of the delphiniums, whose flowers seem so soft and reliable. Both the yellow & the blue are beautiful: it’s hard to choose which should have your focus. 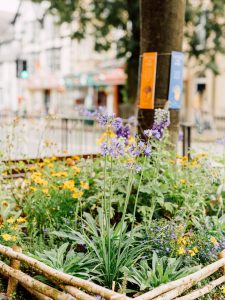 Finally, I wove a hazel hurdle to surround the bed, mirroring the way Max’s and Pip’s narratives are interwoven in After the End. The result is a beautiful flower bed that will become part of the story of everyone who passes it. 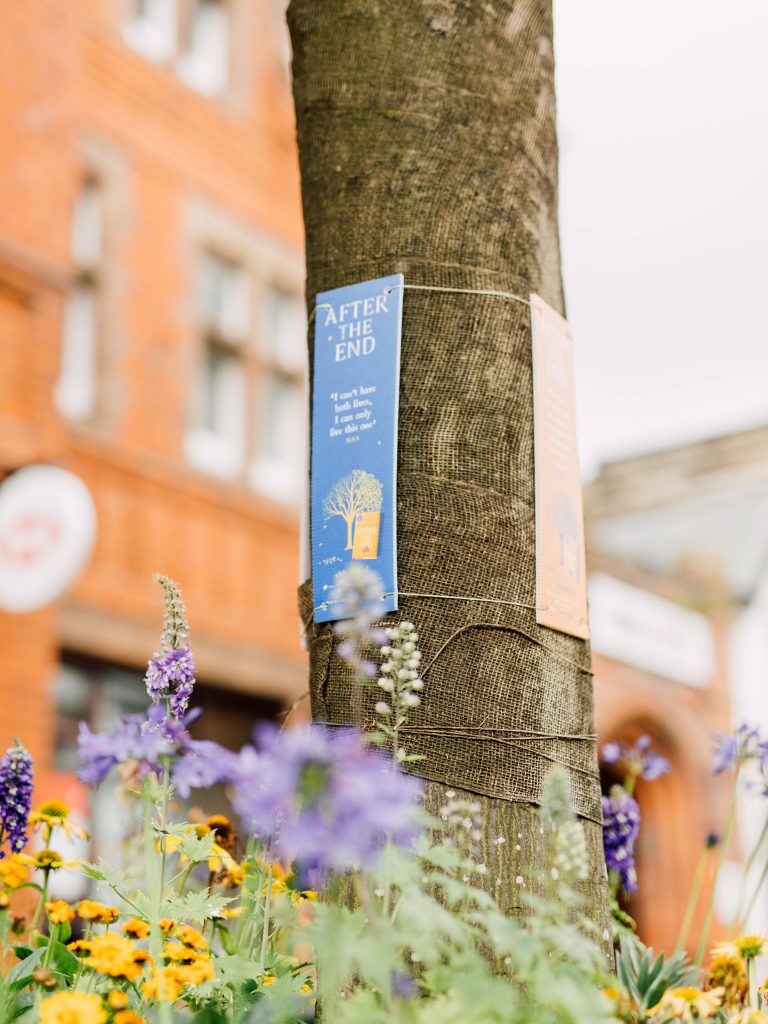